At The Laurie Beechman Theater

And of course, those Bing Crosby Christmas Specials!

Let Us Kickstart December on a Positive Note!

Richard Skipper Celebrates is where the entertainment world comes together!

If I believed in magic, I would say that the transformation of the Laurie Beechman Theater to a combination of Hollywood sound stage, Broadway musical and Golden Age TV variety show was the result of supernatural powers. RICHARD SKIPPER CELEBRATES, expertly produced by Russ Woolley, and starring Richard Skipper is a marvelously entertaining safe haven for audiences, performers and musicians to express themselves in an atmosphere of community and love. Richard is a true show business master who makes everyone in the room feel important. That’s because he truly believes it, but more than that, he lives it every day. Do NOT miss an opportunity to experience the unique joy of any RICHARD SKIPPER CELEBRATES show!  – Larry Kerchner Wilmington, DE

Richard Skipper Celebrates is a talk/variety show that encourages people to celebrate each and every day and each other. This wildly popular show format in which Skipper builds the show around the date booked, allows him to create a different show every time, so whether you’re there to Celebrate Natalie Schafer’s (of Gilligan’s Island fame) Birthday or because you’re a die-hard fan, you’re always guaranteed a great time!

“All of Richards shows are wonderful. And, I for one have been very fortunate to be a part of some. And it’s always a thrilling experience for his guest performers and his audience.  Nobody does it better”. -Warren Schein

This format ensures that every show is different – featuring The Richard Skipper Celebrates band (also new every month). 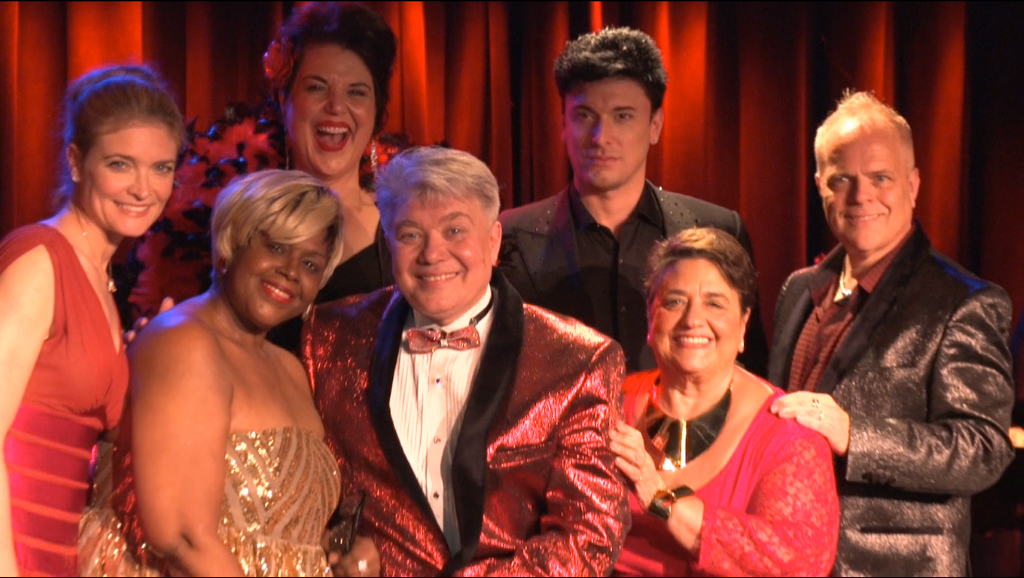 Multi-award winner and critically acclaimed Richard Skipper has an almost 40 year career, which has taken him from South Carolina to New York to Hollywood and all points in between. He is an entertainer, raconteur, arts advocate and theater historian. Under the guise of Richard Skipper Celebrates! he has conducted over 700 interviews celebrating people in the arts. Recent interviews have included Joyce Bulifant, Linda Purl, Don Most, Lesley Ann Warren, Loretta Swit, Tippi Hedren, Rich Little and David France, author of “How To Survive A Plague,” Patty Farmer, author of “Starring the Plaza” and “Playboy Laughs.”

“What a great show. I had such a nice time, and the audience was having a lot of fun. Richard Skipper is a great interviewer and his ability think on his feet, joke and make the audience feel comfortable is a talent. Congrats!!” – Shana Farr

“A truly enjoyable day! What a joy to celebrate with Richard Skipper!” -Dierdre Friel

“Thank you so much for letting me be part of your October celebration. You are a consummate showman and what’s more important, generously kind. Love you! “  -Nancy McGraw

PLEASE NOTE THIS IS A BRUNCH SHOW!