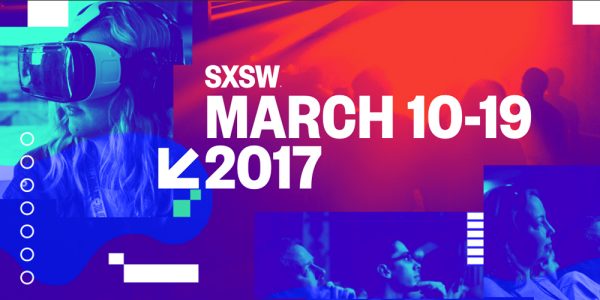 This year, March 10-19, 2017, there are even more LGBT seminars, workshops, panels and meetups than ever before. Some of the top LGBT highlights for this incredibly energized week in Austin, Texas include:

The Business Case for Equality
By Franz Paasche of PayPal and Jessica Shortall of Texas Competes
In a majority of states, there are no clear state laws banning discrimination based on sexual orientation or gender identity. Over the past two years, there have been bills and ballot initiatives proposed and passed that eliminate non-discrimination protections or that explicitly authorize discrimination by individuals, businesses, and state and local agencies. These policies have already had a devastating impact on the ability to attract the best talent and investment in states like North Carolina and Indiana. How can the tech industry make a strong business case for equality to defeat these measures?
http://schedule.sxsw.com/2017/events/PP62064

It Got Better: Collaboration in LGBT Storytelling
By Andrea Lim of Lexus, Brian Pines of Hypomania Content, Dan Bucatinsky of Is or Isn’t Entertainment, and Meredith Gruen of Team One
Inspired by the Emmy Award-winning It Gets Better Project and the Emmy-nominated “Who Do You Think You Are?”, the “It Got Better” docuseries shares LGBT celebrities’ personal stories of overcoming obstacles within historical context. This panel explores the collaboration between the creative team of Lisa Kudrow and Dan Bucatinsky’s Is Or Isn’t Entertainment (“The Comeback”; “Web Therapy”; “Who Do You Think You Are?”) and Dan Savage (“Savage Love”) and the It Gets Better Project on Lexus’ digital content channel L/Studio (LStudio.com). Learn why and how the series’ Executive Producers partnered with a non-profit, a major brand and an ad agency to create and distribute these messages of hope.
http://schedule.sxsw.com/2017/events/PP67134

LGBT Community Driving Digital Health Innovations
By Scout Out of Lincoln Woods Consulting, Jasper Schmidt of Pager, John Duran of City of West Hollywood, and Matthew Amsden of Proofpilot
The LGBT community has been the earliest adopters of technology, and in the last few years, we’ve seen tech-savvy consumers transform into trailblazing entrepreneurs. From introducing new modalities for STI testing and treatment to HIV prevention research and education, digital health innovators have leveraged technology to solve the problems that exist within its community. The inclusiveness of the LGBT community has given it an early mover advantage, and this panel will discuss how the characteristics of this community can be a beacon for diversity in technology.
http://schedule.sxsw.com/2017/events/PP67919

Sharing the Way to Global LGBTI Equality
By Frank Mugisha of Sexual Minorities Uganda (SMUG), Geena Rocero of Logo, Jessica Stern of Outright Action International, and Robin Hammond of Witness Change
While opinions towards the LGBTI community have become more favorable over the past 5 years, the road to equality is still a long one. Social media, which puts a face to stories of struggle and triumph from LGBTI individuals, has, and will continue to play a major role in effecting change on a global scale. Logo, the leading entertainment brand inspired by the LGBTI community, is running a year-long “Global Ally” multiplatform storytelling campaign to educate, unite and encourage action around the world. In this panel, activists will share their stories and explain the impact that social media and campaigns like Global Ally can play in turning the tide in the LGBT civil rights movement.
http://schedule.sxsw.com/2017/events/PP65592

Beyond: Creating an LGBT Economy
By Cee Smith of Cee Smith Media
Finding a ‘niche’ is key to business success. But when it comes to LGBT Creatives- our niche could be an industry. This presentation will demonstrate the history of lgbt creative business pockets such as the ball scene and the ‘First Friday’ phenomenon of major cities. Examine the setbacks lgbt and women focused creative businesses have faced. Highlight industry leaders like travel companies and annual events. And finally, give the next steps on how a sustainable economy can be built. This means jobs. This means jobs for those who are overlooked for jobs. This means combating the homelessness, isolation, discrimination and violence, experienced by a very vulnerable community– and winning.
http://panelpicker.sxsw.com/vote/61849

LGBT in Tech
By Kristen Mattern, Government Affairs
Join us as we discuss how tech companies are fostering a culture of inclusion, and how government can further incentivize. Meet and mingle with a member of Congress and LGBT policy advocate for an insightful discussion.
http://panelpicker.sxsw.com/vote/61019

LGBT Meet Up
By Joseph Kapp, LGBT Technology Partnership
Expanding on our successful and well attended meet-up from the last two years, we plan to make this meet-up even more interactive and entertaining. Quickly connect with an entire room of LGBT professionals in various fields and backgrounds from all over the country! Speed-networking is your opportunity to have multiple one-on-one brief introductions, talk about your latest idea and connect later during the conference. Develop your best elevator pitch, have your twitter handle ready to exchange and SPEED-NETWORK and GO!
http://panelpicker.sxsw.com/vote/64210

Watch for additional LGBT events, meet-ups and parties added to this list in the coming weeks, as more and more programs are being put together as we speak!